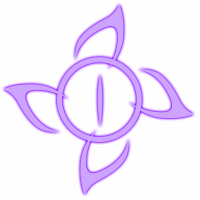 Imperia was hatched an Amura in the Wai Islands, conceived during the mating ritual, her Mother was a Ka’wai and her father a Honua. When she was only a few months old, her mother died of a sickness, and her father left the Mo’anha islands unable to stand his home without his Sula’ina, abandoning their child.

Imperia was taken in by an Olha family, who taught her how to use the plants they were gifted with to create tonics, balms and poisons for hunting. They also taught her how to connect with the creatures, the tricks of the trade, eventually when she was old enough, became bound to a Canaán.

However, once she reached that certain age when her Amura traits kicked in - she was sunned, her adopted family unable to withstand her natural traits that were out of her control. 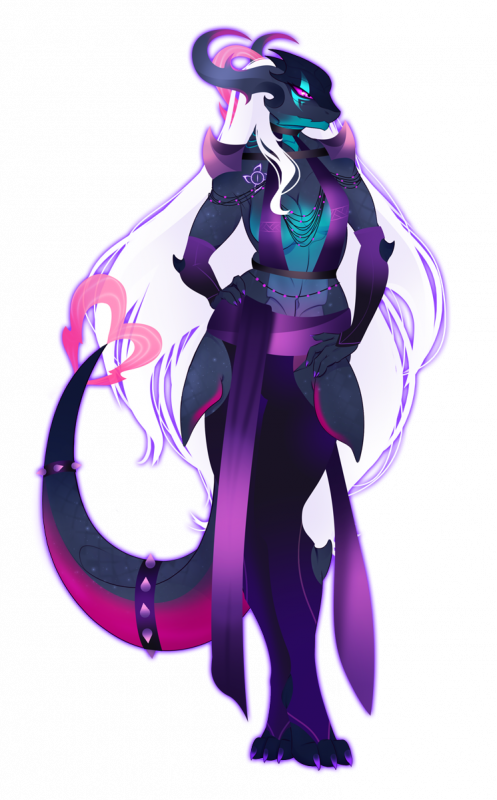 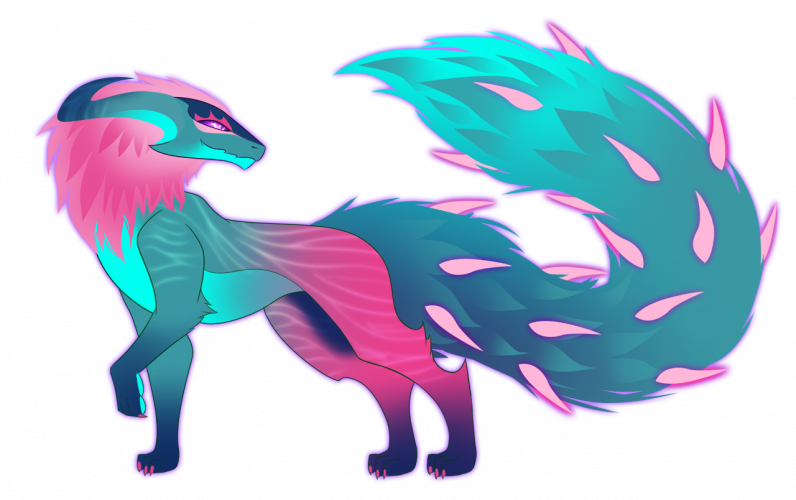 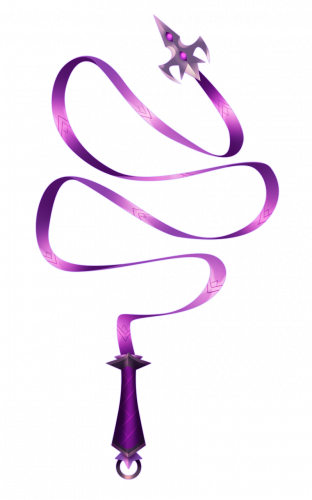 Imperia spent her shut-in days trying to concoct a tonic that could help suppress her Amura attributes, one ingredient her adopted mother had told her of, grew on the Aloha isles. In the dead of night, she took her familiar with her across the isthmus that joined the Ola isles to the Aloha shores; keeping to the shadows she narrowly avoided the Elders and made it to the treeline speeding into the forest.

She searched most of the night for this so-called herb remembering only that it grew near the Ancient ruins. When the sun started to rise, she was seen by the Elders, and chased back to the Aloha shores - but was stopped by an uncontrollable emotion that seemed to have hit her out of nowhere… she suddenly felt… calm, stopping in her tracks, her Canaán nuzzling her side worried for her sudden lack of movement, staring out at the shore so close to escaping but something was preventing her from fleeing.

“Poor dear Amura youngling…” A soft lulled voice sounded so close behind her.

“No one can harm you now.” Another voice softly whispered.

Imperia spun around but saw no one. “Who are you? Show yourself!” She felt fear bubble under her skin - but the emotion to remain calm kept consuming her of her own free will.

“You came looking for something... what was it, precious?” The voice softly whispered once more.

Imperia swallowed. “I’m looking for a Pitchshade - a flower for a tonic.”

“Could she be thinking?”

“Yes, I believe she must be…” The two voices speaking to each other in the shadows.

“I need it to stop my family from avoiding me… hating me, because I’m Amura…” Imperia explained, tears welling up in her eyes.

“The poor thing, we must help her…”

Another Amura appeared before Imperia, circling her. “We know of a way to help you control your abilities…” Her voice purred almost hypnotic.

“How? Please tell me…” Imperia practically whispered under her breathe.

“It doesn’t require a tonic - just a little dip in a sacred pool.” The Amura purred…

“I did the same, and I no longer suffer from unwanted desire.”

Imperia looked at her confused… until her eyes landed on her chest where a purple marking shone in the dark.

“You mean… become a Hewa?” Imperia asked - a force stopping her natural fear from reaching the surface, was it the Amura’s doing?

“Why not be surrounded by people who would love you for more than you are - even though our irons are shattered - we are still treated like we are nothing more than slaves to our emotions…” She paused cupping Imperia’s cheeks delicately.

“But if you come with us - let us teach you, care for you, you can make others slaves to their own desires…” Her voice narrowed.

Imperia remained quiet for a moment before asking… “You said...us?”

The Amura smirked knowingly, Imperia caught the eye of an Aciha Voidwalker standing in the shadows, suddenly wrapping their arms around the Amura Voidwalker in front of her…

She remembered a story of two Hewa lovers that caused the beginning and end of the Amura’s suffering.

Only rumours were heard; certain instances of a Voidwalker fazing in the shadows, protecting the other Amura, punishing those who treated them poorly.

“We will care for you - teach you, guide you…” Narla said softly.

“Come with us, and no longer be a slave to those who don’t understand you.” Sasha continued, the lovers outstretching their hands to her.

If this was the power of an Amura Voidwalker… then she would gladly take it.

From then on, Imperia was raised by the lovers on the Aloha islands, she became a Hewa, taught to fight like fire, lead with a wild heart, and once bathed in the Oblivion source, she was an unstoppable force.

To this day Imperia remains the leader of the Hewa Cultists, her Familiar at her side - she rules with a clinical heart but able to incite nightmares of emotional chaos in those who stand in her way.

Her lessons in herbology and taming wild beasts did not go to waste, teaching the Hewa how to use these skills to their advantage.

Imperia is one to which all Hewa answer and obey without question, the new protector for the Amura and key element in the Hewa’s role when Oblivion Rises again. 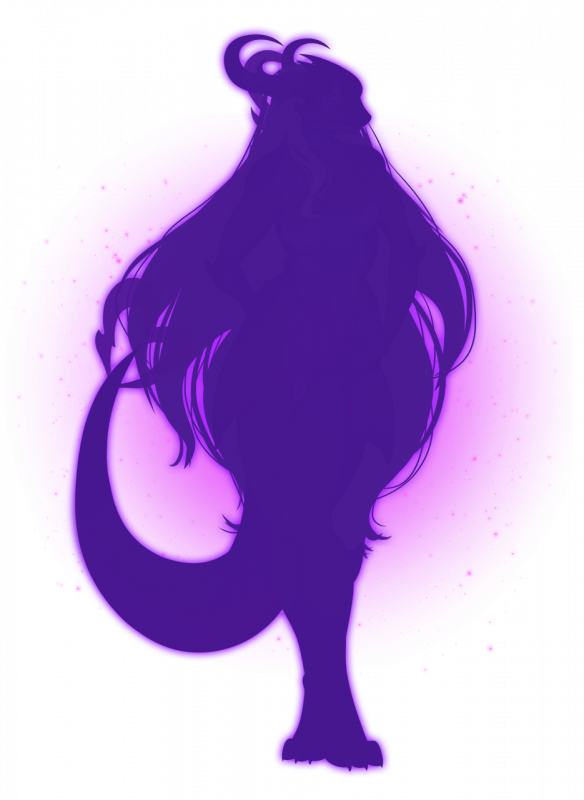 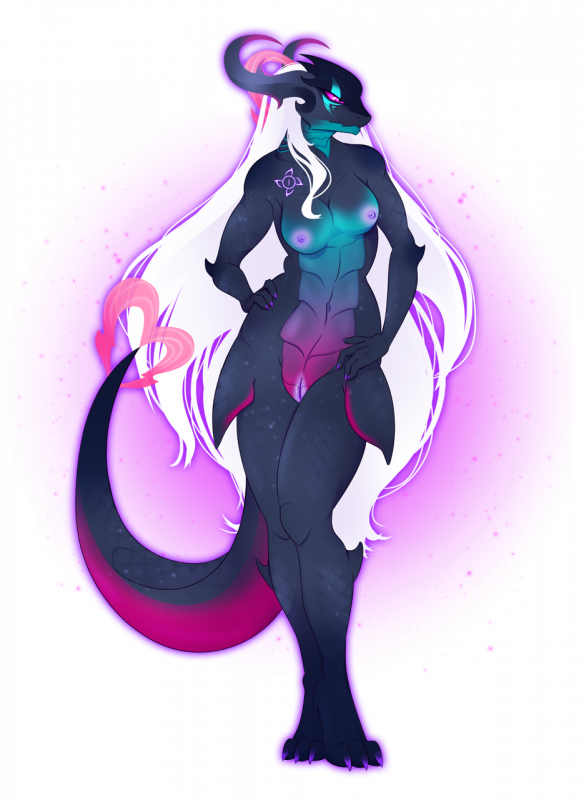