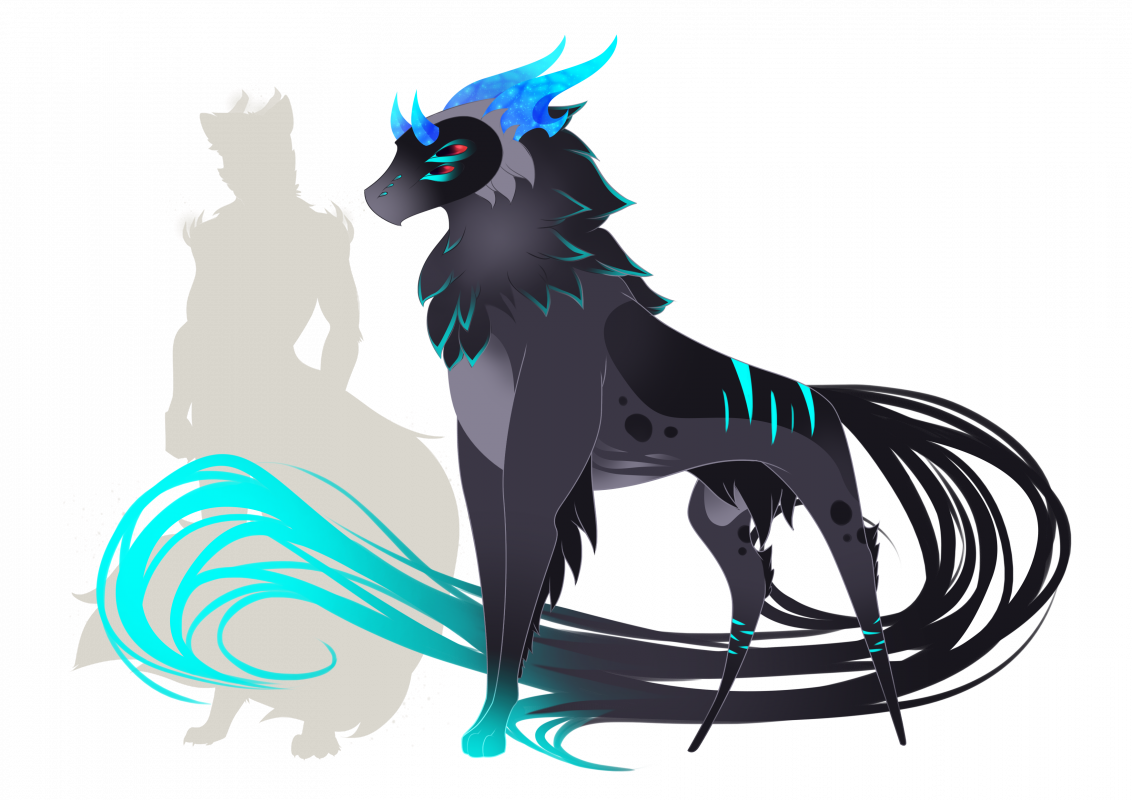 A large deer-like creature that dwells in ice-caves within the Dragon Teeth Mountains and the Valkte seek out as familiars, which are useful for mounts and hunting companions. They have four eyes and six nostrils making them unique hunters - their horns are made of Crysallis, however, it's unknown as to whether the Crysallis gives them sentience or not, but they do seem to understand their Valkte companions easily. Some Valkte believe the Crysallis created the D'harla to keep an eye on them…

To determine the sex of a D'harla, a Valkte need only look at their foreheads, the Males have a secondary set of Crysallis horns on their brow, whereas the females do not. 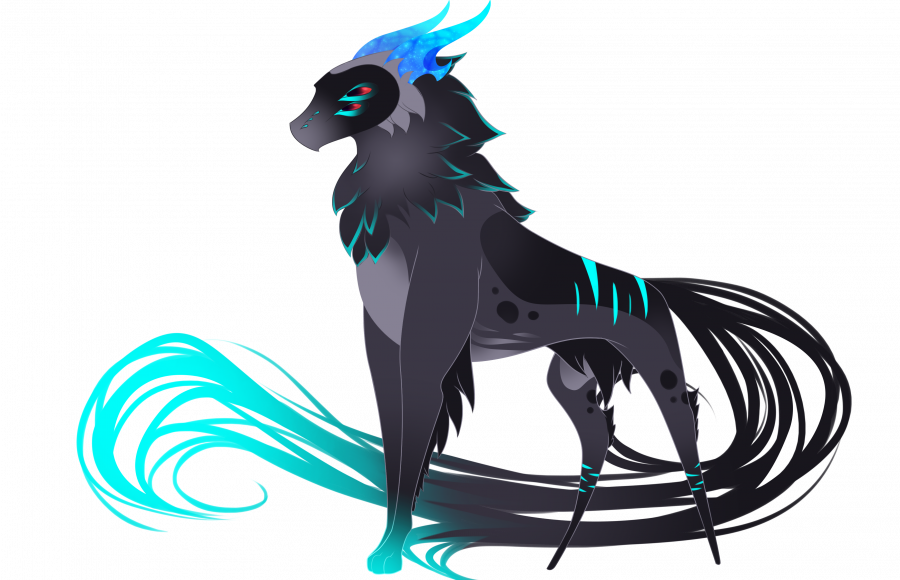 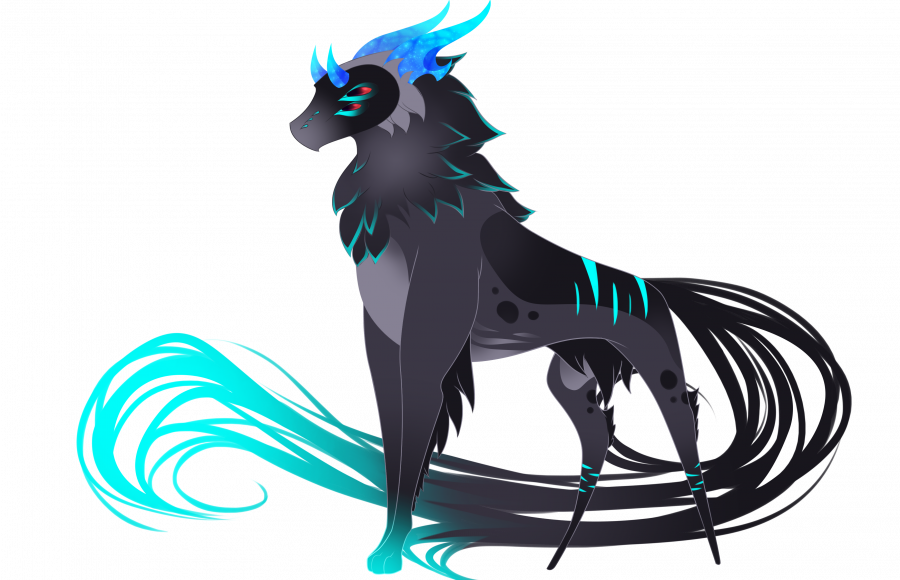 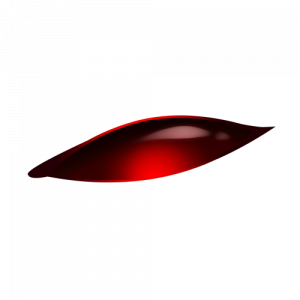 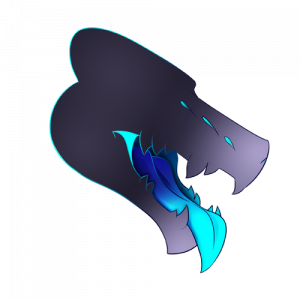 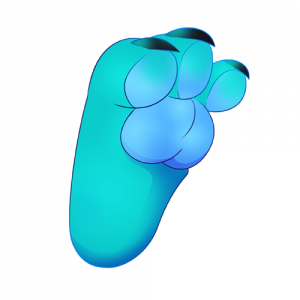 A D'harla’s anatomy is built for speed, their front legs are strong for hunting and digging in the snow, whilst their back legs are lithe but strong, able to leap high and run through snow easily. Most of their body is covered in short fur save for their underbelly, backs of their legs and the mane around their neck and head - their tails are long thin hairs that move like smoke when they run making them light and agile and not slowed down by a heavy tail.

They have four eyes and six nostrils, making them unique hunters and able to see in the dark - their horns are of Crysallis though they do not possess the same abilities the Valkte do. It is unknown if they gained the same sentience as the Valkte did - given shape by the Crysallis. But the Valkte do believe their horns help the D'harla communicate with them like no other creature could.

Their front paws also have claws tucked away until needed, which give them grip in the snow when running and help when digging for food or hunting for prey.

D'harla are prone to eating raw meats and only very occasionally herbs that grow in the wild. Common meat they enjoy is Boarin, a smaller mammal that’s commonly hunted by the Valkte for food - they also enjoy Frostberries, and even more so when the Valkte pickle them with sweet syrup (a luxury for them if they become bonded to a Valkte).

In order to bond with a D'harla, a Valkte must find one first - D'harla live in the icy peaks of the Dragon Teeth Mountains, and are not commonly seen wild unless sought out. Some Valkte travel the mountains for days, being wary of the Crimson Stalkers - until they find a single D'harla.

It is said because of their Crysallis horns they will sense when they are being sought after, hence why they stay hidden so well.

If a D'harla does appear before a Valkte - it is usually to provide aid or sensing danger in the Valkte’s vicinity. To seal the bond, the Valkte and D'harla must work together to slay, survive or even avoid the danger. This could be anything from fighting off a nearby creature, avoiding an avalanche of snow, or worst-case scenario, slaying a Crimson Stalker.

If they both survive the danger, the D'harla will not leave the Valkte’s side afterwards and become a permanent companion. There is no difference in the bonding ritual between male and female, however, the circumstances of finding and bonding with one can change depending on the purpose of a Valkte’s travels through the Dragon Teeth Mountains. For example, if a Valkte is injured or close to death, surviving the harsh cold of the Mountians, some Valkte have bonded with D'harla that have come to their aid, keeping them warm, bringing them healing herbs or food, or even carrying them back to the City walls.

Because of the D'harla’s Crysallis horns, Valkte believes they are closer to brothers and sisters then creatures or pets, bonding with one is for life, and they treat their new familiar as family more than anything.

There are Valkte within the city walls that have been known to breed with other D'harla familiars, however it is extremely rare and only one fawn is born at a time. When they are fully grown however they may be able to bond with a Valkte under the right circumstances but this again is very rare, usually once of age the bred D'harla is released into the wild.

A D'harla knows how to take care of themselves, bathing, feeding, sleeping - however, if they become too dependant on their  Valkte companion, it is wise to make sure they’re looked after. One particular bonding ritual they enjoy is bathing in the natural hot springs within Drista city, during which they become particularly friendly when having their tails tended to in the water.

Bonding with a D'harla should only take place when they are of age to look after themselves, this can be determined by their size, more commonly if the D'harla is larger, it means they’re well-fed and good hunters. However is the D'harla is small and meek, it means they’re too young and still learning the laws of nature - it also might mean their mother or father are nearby and should be wary of approaching them.

Should a Valkte’s D'harla find a mate with another familiar, and breed a fawn, they are usually cared for by the female D'harla in the home of their familiar. This is until they are a month old, in which case they are given to a special D'harla carer in the Drista city where they are taught to look after themselves before being freed into the wild when they come of age.

There have been only a few occurrences of Valkte bonding with the D'harla born within the city walls, but it is very rare.