Click/tap the '+' on the map below to get a little bit of info about some of the revealed areas. 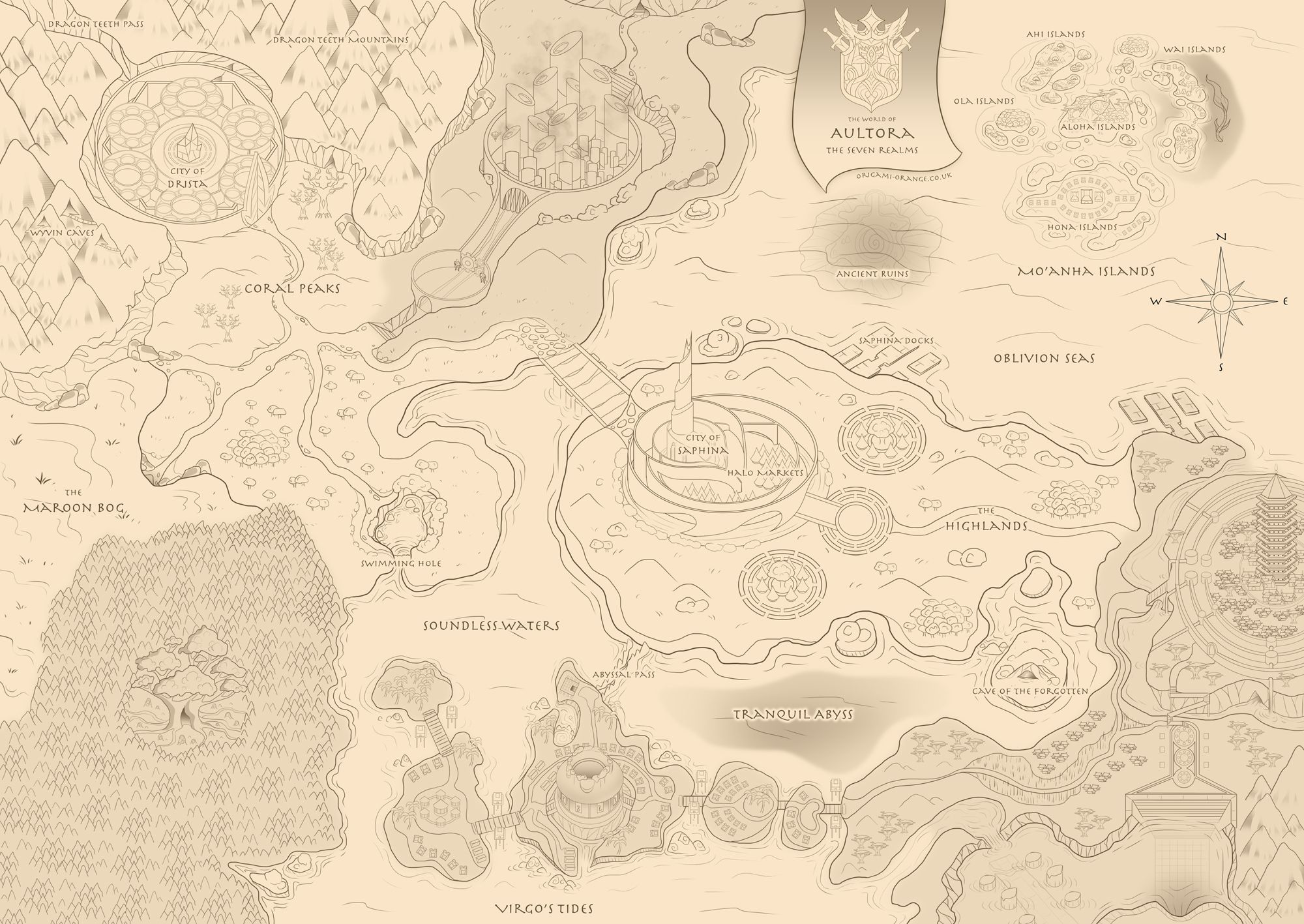 Drista is a large city built at the southern end of the Dragon Teeth Pass, the majority of its population is Valkte, and the origin to their society. Its buildings consist of ice, Crysallis and hardened snow, surrounded in a high wall protecting the many districts the city is made up of.
Read more >

When a Wyvin is discovered, the Kamina send them to live in isolation somewhere in their realm.
Read more >

Saphina is the capital of the Highlands, Realm of the Kamina - a large and luxurious city known for its most prominent feature, ‘The Halo’; one long circuit, rich with traders and merchants from far-flung corners of Aultora; selling exotic and rare goods.
Read more >

The Highlands are vast plains, dotted with lakes and mountainous hills - the city of Saphina is built in the centre, surrounded by towns, hamlets, and farming lands where most of the city’s produce is supplied from.

Ola islands consist of rich soil that grows the rarest and potent plant-life out of all the Mo’anha islands. Their lands are small and separated by the Ahi territory but are vast with vegetation and large trees that make up their expansive rainforests - inhabited by plenty of creatures to hunt as food, or train as familiars.
Read more >

Ahi islands are rich in exotic metals and intensely hot - dotted with active volcanoes that never sleep, the villages are constructed on the smaller islands with a stretch of water protection them from overflowing lava.
Read more >

Hona islands are larger than any other clan island of Mo’anha. Thick clay and stone make up their island and help support the network of tunnels created to connect the Mo’anha islands.
Read more >

Aloha islands are a sacred and old land used for certain sacred occasions. Ruins lay scattered across the island, where the Dralic believe the ancients once reigned from - The Void Spire.
Read more >

Cave of the Forgotten

A tomb carved in memory of the lovers that may have been the rise of a new Ancient age.
Read more >