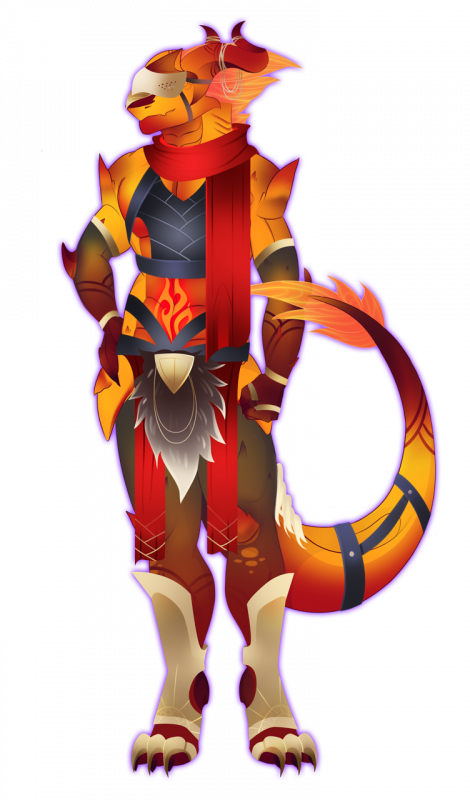 An orphan raised by his agoraphobic mentor, Bane grew up in fear of the outside world with very little social interaction. After inheriting the smith’s workshop- one of the few places on the Ahi islands so close to the active volcanoes- he was content with solitude, focusing on perfecting his craftsmanship. But, he eventually left his little bubble and met people who have inspired him to go out and live the life he’s been missing out on. It’s been slow going, but Bane is eager to expand his horizons and protect his home and friends. Despite his poor social skills, his blacksmithing skills are prodigious.