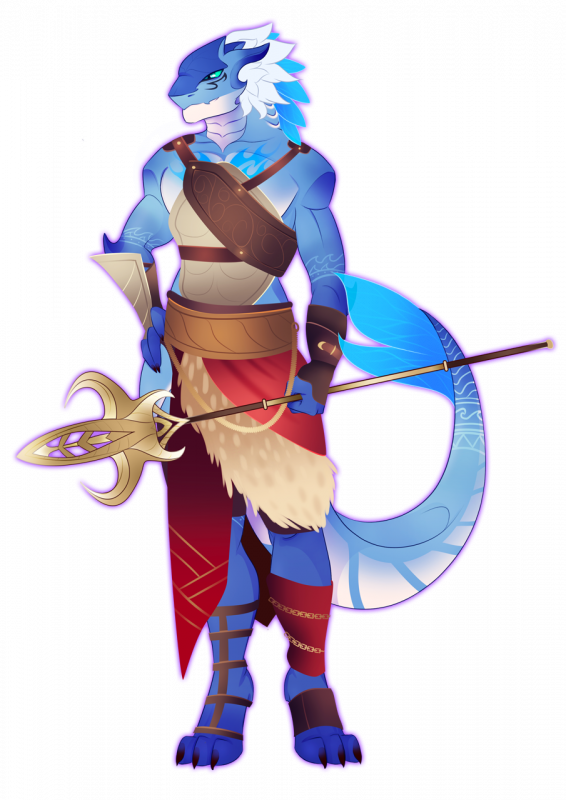 Kona is a member of the Ka’Wai tribe who one day strives to become the next Elder of his people, despite having some unsavory tendencies that they frown upon. He is a skilled surfer, ranking among the top surfers amongst his islanders, and he is no slouch when it comes to daily duties such as fishing, and hunting.

One day, an illness had befallen his home. Kona was tasked to travel Aultora in search of a cure. He heard rumors of a faraway land known as Drista that contained a plethora of herbal medicines that could possibly cure his tribes illness. Kona set off to find this cure without hesitation, however, he was rash in his decision making, neglecting to bring something to combat the cold. His life was saved by a Valkte named Nazras, who took it upon himself to aid the lone Dralic in his quest for a cure.